No.1 Classic Cuban Cocktail: The Mojito

Along with classic American cars and Che berets, there isn’t anything much more emblematic of Cuba than a Mojito. Purported to date back to the time of Francis Drake when it was used as a cure for scurvy and popularised in the days when Havana was run by the Mob, the Mojito is a trademark of Cuban culture. Though it’s emulated all over the world, no Mojito is authentic without the essential home-grown ingredient, hierba buena, a mint hybrid also known as mentha nemorosa. The best mojito you try in Cuba won’t necessarily be in the Bodeguita del Medio, the famous bar once frequented by Ernest Hemingway, it’s more likely to be somewhere completely unexpected, like the humble rural home you stop at on a hike. The secret to a real Cuban mojito isn’t in the elaborate decoration or the cute piece of sugar cane slotted into your highball glass, it’s in the perfect mix of those classic, unbeatable ingredients: hierba buena, lime juice, rum and sugar.

Then there’s the Cuba Libre, said to be the most popular cocktail in the world. Made with rum, coke and lime, the Cuba Libre is probably the simplest of all contemporary Cuban cocktails. Its creation dates back to the American occupation of Cuba following the Cuban war of independence, when one Captain Russell ordered Bacardi with Coca Cola and a slice of lime. On his first sip he’s said to have toasted “por Cuba Libre!” (“To a free Cuba!”), and so a cocktail legend was born. Though deceptively similar to the rather unglamorous Rum and Coke, a Cuba Libre distinguishes itself with that very Cuban squeeze of lime, and of course nowadays it’s served with Cuban Tukola and Havana Club rum, rather than Bacardi.

As well as mojitos and Cuba Libres, you’ll find there are plenty more delicious rum-based cocktails to tempt you on this revolutionary island. The Daiquiri, another of Mr Hemingway’s favourites, is the perfect remedy to Havana’s sultry heat, especially when it’s made with fresh tropical fruit. La Caipiríssima, Cuba’s rum-based answer to the Brazilian Caipirinha, doesn’t quite have the mind-blowing kick of its cachaça-sporting cousin, but it will still leave you fresh enough to try out your salsa moves. For those suffering from a tropical cold, there’s La Canchánchara, made with honey, warm water and lime. It will have you right as rain in no time!

Even the teetotaller won’t be disappointed in Cuba, with plenty of fresh fruit juice and deliciously bittersweet limonada made from fresh limes. There’s also a host of sugary national refrescos (fizzy drinks) on offer that will leave your head buzzing. Whether you’re sipping on a Mojito, slurping on a Cuba Libre or gulping down a limonada, Cuba’s got the whistle-wetter for you. 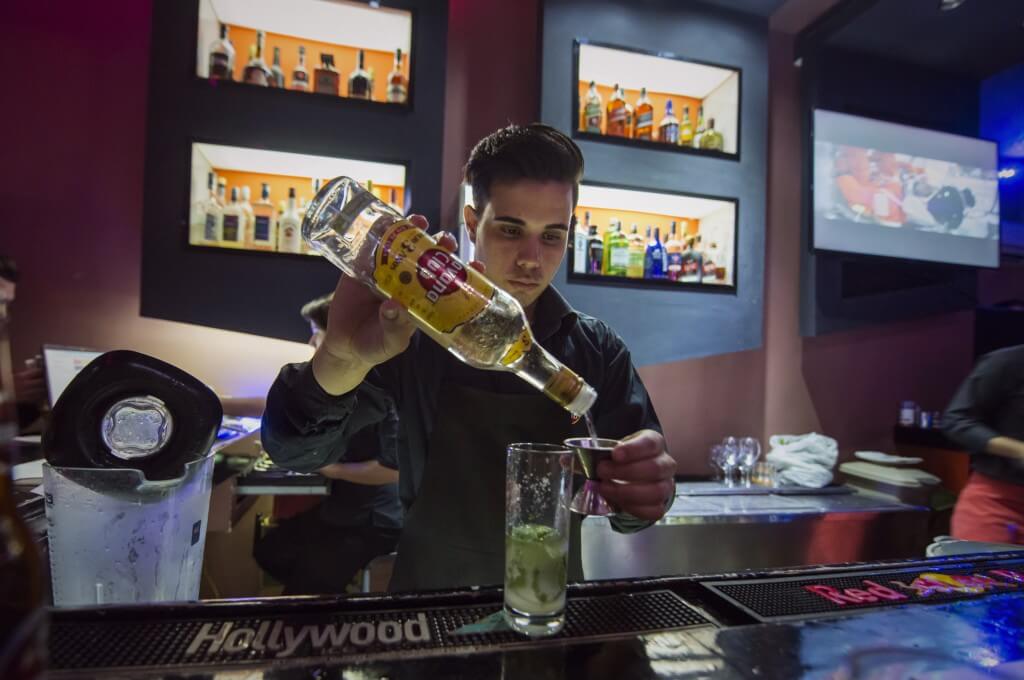