The New Cuba: So What’s That?

We’re about to start a journey here: me, with my 20 years living and working in Cuba; you, about to visit. I’m hoping you’ll comment, chat, post your own curious wonderings and diverse experiences. I hope you’ll feel inspired to be part of an adventurous, inquisitive and passionate group of travellers asking questions and sharing information about this extraordinary island, its people and culture.

The New Cuba: so what’s that? 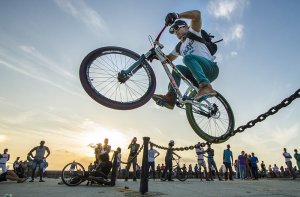 Right now you’re probably sitting at home. You might still be weighing up the pros and cons. Maybe you’ve already booked and are leafing through a Rough Guide or Lonely Planet. Or perhaps you’re packing, or even on the plane…to Cuba.

From rumba to rap, tradition to cutting edge: guiding you into the lesser known, I’m here to guide you in, to share with you the very best of this exciting and surprising island so you can enjoy it to the full. I’ll tell you about the Cuba that’s lesser known and about its current, unfolding evolution: a country in transition.

Over these next articles, I’ll take you into the world of music, dance, film and documentary, art and contemporary design, food and fashion. From tradition to cutting edge. Into Afro-Cuban life – from slavery and religious/cultural practices to present-day struggles for broader racial consciousness and equalities. Into LGBTQ+ communities: the ex-President’s daughter forefront and same-gender marriage presently up for heated, national debate. From rumba to rap, rice’n beans to smoked lobster and Lebanese fast food, from street murals to MOMA-exhibited artists, we’ll cover the lot.

Each post I’ll focus on a different area of life and culture. This means you’ll be able to read a more in-depth analysis of each one and easily access those you’re particularly interested in.

From off-grid to online 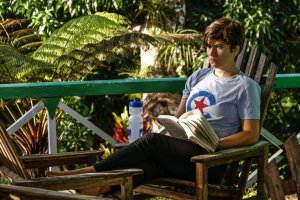 Cuba has been pretty cut off, off-grid, for many years – though always inextricably tied to its nearest neighbour, and adversary, the USA. Tourism started to grow, slowly, during the ’90s, but it’s over the past five years that this island has been far more on the move. Many young (and not so young) people are developing small businesses and projects which – despite often severe lack of resources – are blooming. From restaurants/cafes, online music magazines and mobile phone repair kiosks to health spas, pizza delivery and Airbnb-rented houses, Cubans are ducking, diving and making things happen.

Romantic narrative vs. The real thing 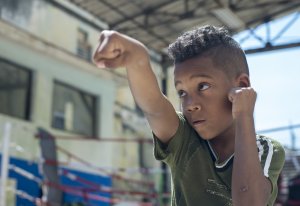 First, though, let’s rewind. You’re preparing to travel to an economically poor island that’s awash in romantic narrative and bang in the middle of a rather complex and undefined shift. You want to have a great time but also know where you are. You’re looking for “authentic” experiences, beyond the stereotypical, illusory narrative and tourist trails. You don’t want to do the equivalent of visiting London and head straight for Buckingham Place and the Changing of the Guard. So it’s worth reflecting on that narrative. Every country and major city has one. The skyline of New York, diverse “hoods”, yelling taxi drivers: the brash city that never sleeps. Paris – the city of lovers, a certain chic, baguettes and berets. Then there’s Havana, Cuba. Close your eyes and imagine. What do you see?

Unless you’ve been here before it might be Fidel and the Revolution, 1950’s American cars, salsa dancing, Che Guevara, music, mojitos, sun, sea, an island lost in time? A valiant David, only 90 miles from the Goliath US of A? A place to see before it changes – but into what? And the  “new Cuba” you’ve heard about?
Worry not. You’ll see fabulous old cars, dance salsa, go to the beach and drink mojitos! They’re all here, and all unmissable. But we want to take you under the radar, too: out of the box and beyond the more predictable. 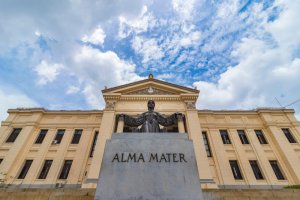 One day, in lush countryside, you’ll see young and older men on horseback, oxen ploughing fields and tobacco being harvested. On another you’ll be in Havana’s coolest arts centre watching Latin jazzers, eating morsels of world food and surrounded by the best contemporary art in town. Cuba hits the senses, challenges expectations. Music tumbles out of every doorway, movement is everywhere. Havana is home to one of the most important film schools and one of the most prestigious classical ballet troupes in the world. A regular state wage -according to job – works out at around £20-30 per month. The island has a 90% literate population and a far greater life expectancy than the USA. Many Cubans are highly educated: Masters and PhD’s abound. Quite often it’s hard to find eggs, cooking oil or toilet rolls. And on. Get the picture?

To down or upsize? Connect or disconnect?

This bigger picture reveals a country suffering both from a lack of many goods and produce, and a land that’s rapidly moving towards more consumerism and connectivity. Cuban life is still stripped down of many things we’re so used to: tweeting and WhatsApping, Ikea, credit cards, Amazon, Sainsbury’s, Lidl, H&M, eBay, having most things easily, speedily, on tap. You’ll experience a slower, more raw and simple way of living. You’ll feel and see your own privilege; appreciate your glass, half-full. There are fewer things, less “having” , more “being” – on the whole. Be moved, but don’t get too romantic. You may want to downsize your life, be less connected. Many Cubans want to upsize, be more connected. But many here – like so many there – are looking for balance.

Stepping out of your own shoes 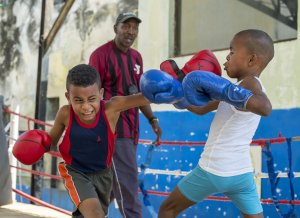 You’ll see how Cubans have a talent for brushing away hardships, cracking endless jokes and letting off steam with a strong expletive, long siesta or fiery fiesta. They are a funny, tough, confident, stubborn and resilient people. Proud. Big-hearted. Not shy. Opinions fly like bullets. Depending on who you talk to their country is undoubtedly Numero Uno or a complete disaster. It’s a land of paradox, of contradiction: the roller coaster between reality and narrative, order and chaos, tradition and experiment, older and new, visible and hidden. Cubans are living pretty complex and challenging lives.

You’ll meet many of them: chefs and designers, musicians & dancers, IT wizards, emerging artists and teachers…and the kids, aunts, uncles and grandparents of ordinary families. You’ll leave inspired, moved, frustrated: a million questions in your head. But that’s why we travel, no? To step out of our own shoes and into someone else’s.

I recommend a few things – to help you get the best from this crazy and extraordinary island: Try to read something – Cuban history/ contemporary life – pre-trip. Before landing pack away your UK head and replace with a temporary, more neutral, one. Think Zen. It works best if you can step back and watch: drop expectations, observe with as little judgment and commentary as possible. Don’t forget you’re coming from a “developed” world and visiting a relatively poor island: comparing Cuba-UK will only give you a bad headache (it’s much more helpful to compare like with like). Expect lots of affection and kindness but not always in the public sector – shops/hotels/airport. The early years of the Revolution vigorously rejected the idea of being a “servant” and embracing new ways isn’t easy. Breathe.

It’s very easy to waste time and energy over Cuban food/ what you can’t find/ lack of fast internet/sudden changes to schedules etc. Again, try stepping back, observe rather than react. It’s another system, way of life, in another moment of development and change. Cuba is, relatively, a very safe country indeed but – no drama – watch your things and always check your bills. Keep it light and simple: brand new Nikon and Nikes stand out. Blend in. It’s good to know that your taxi driver, hotel bartender or landlady may very well be a doctor, lawyer or accountant. Many professionals – to earn more – have moved into tourism. Don’t presume anything in Cuba. Finally, try to let your tweets and whatsapps wait – disconnect! 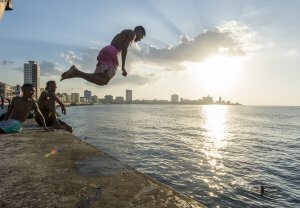 I leave you with this: Cuba, yes, is at some kind of crossroad – again – moving towards we don’t really know what. Not surprisingly this throws up more questions than answers – for them, and for the visitor. ¡No es fácil! There are certainly increasing pockets of wealth, a wider-than-before gap between those who have and those who don’t. Many have left, but others are returning. There’s a hunger for less lucha and for more opportunities. But although attitudes and ways are changing most Cubans are not always looking towards Miami or for full-blown capitalism. They often criticise but deeply value their free health and education system. They’re looking for change but will know what it is to have time, family life, be happy and relaxed, and to feel safe.

Change here is normally more tortoise-like than a hare and most people I know are definitely hoping for more of the latter, and as soon as possible. But – very wisely – they still stop to tender and feed that beloved, deliberate, unhurried and very noble old tortoise.